A rare textile woven from the silk of more than one million spiders is currently on display at the American Museum of Natural History in New York City. The incredible textile measures 11 by four feet, and is the largest piece of spider-woven textile in the world.

Woven by golden orb spiders from Madagascar, the project took 70 people four years to collect enough spiders (not to mention the dozen people who spent 4 years extracting 80 feet of silk filament from each arachnid). 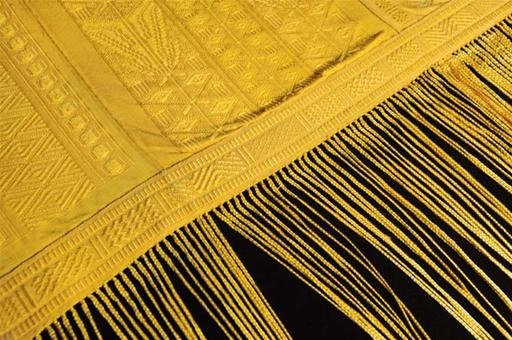 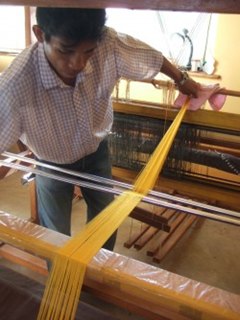 "Textile expert Simon Peers came up with the idea of weaving spider silk after learning about the French missionary Jacob Paul Camboué, who worked with spiders in Madagascar during the 1880s and 1890s. Camboué built a small, hand-driven machine to extract silk from up to 24 spiders at once, without harming them.

'Simon managed to build a replica of this 24-spider-silking machine that was used at the turn of the century,' said Nicholas Godley, who co-led the project with Peers. As an experiment, the pair collected an initial batch of about 20 spiders. 'When we stuck them in the machine and started turning it, lo and behold, this beautiful gold-colored silk started coming out,' Godley said.

But to make a textile of any significant size, the silk experts had to drastically scale up their project.

By the end of the project, Godley and Peers extracted silk from more than 1 million female golden orb spiders..."

Want to master Microsoft Excel and take your work-from-home job prospects to the next level? Jump-start your career with our Premium A-to-Z Microsoft Excel Training Bundle from the new Gadget Hacks Shop and get lifetime access to more than 40 hours of Basic to Advanced instruction on functions, formula, tools, and more.

Other worthwhile deals to check out:

Join the Next Reality AR Community

Get the latest in AR — delivered straight to your inbox.

Bulll#$%@ those spiders will weave a cobweb of a human fartbag including their clothes and generally the wiegh into 100 to 500 pounds.